Last month, I took a ten-day trip to Korea.

Seoul’s a fantastic city to visit. It’s easy to navigate, welcoming, and relatively clean and safe. It was definitely one of the most enjoyable and restful trips I’ve taken in a while.

In the run-up to the trip, however, as I announced my plans, I was faced with an almost universal question: “Why?”

I’ve traveled internationally a bit. Most places I go, nobody asks why.

The last few years took me to Scotland, New Zealand, England, and France. People invariably told me to have fun seeing the castles, say hi to the Hobbits, pack an umbrella, enjoy the cheese, and take lots of pictures.

“You’re going to have so much fun,” they told me, and “That sounds amazing.”

Practically no one spoke this way about my trip to Korea. Instead, they asked why I was going.

As to what’s driving the why question, I have a theory.

As a member of Generation X, I came of age in a school system teaching a version of World History that was basically Euro-centric with a few global frills. Our curriculum did reference Asian or African countries, but only as their timelines intersected with the overarching Western narrative. Most of the mentions were war-related and negative.

Until I started traveling the world, I had no sense of the gaps in my education.

Over the past twenty years, I’ve been playing catch-up. I read where I travel and travel where I read.  Sometimes I forget how wide my gap used to be.

Until I’m asked repeatedly why I’m going to Korea.

Someone actually articulated it to me like this, “The only thing I know about Korea is the Korean War.”

If war is all you know about a place, then sure. The why question makes sense.

But Korea’s more than a place where a war happened. 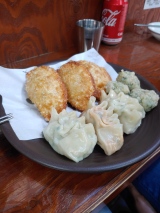 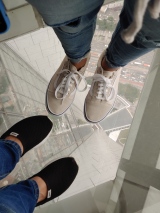 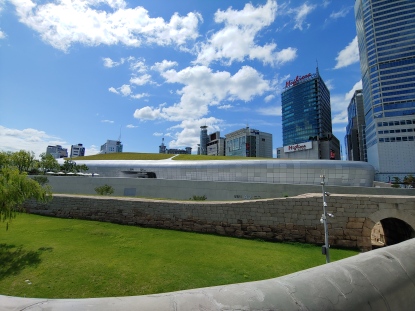 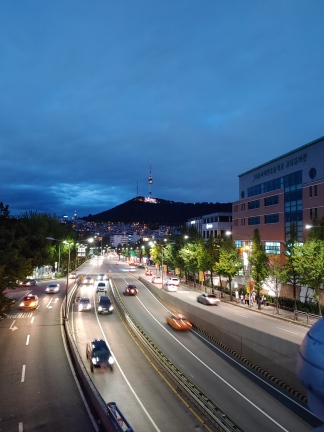 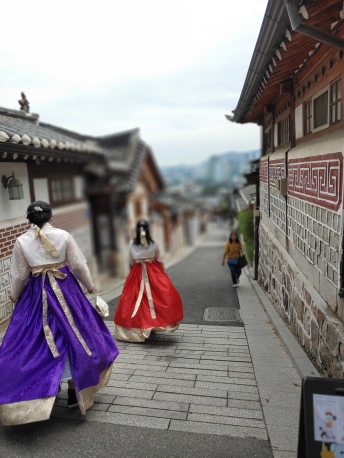 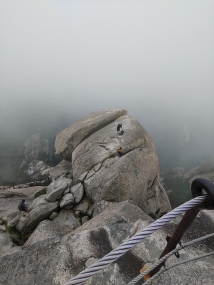 My next post will be a series of vignettes from the Korea trip. Things we did, what we saw, and what happened along the way. I just want to clear everything with my travel partner first. Though she’s responsible for zero of the truly embarrassing incidents, she deserves a say in what goes public.

For now, please enjoy a few snippets from my daily travelogue.

Whole day was a blur. More like a smear.

We only got lost(ish) twice!

We walked the route down to the main road correctly for the first time, but because we’d done it wrong so many times, we thought we were lost because nothing looked familiar.

My overconfidence got us lost.

There’s a Popeye’s near the DMZ! Didn’t get to check if they have the sandwich.

Ramyun, sweet fried chicken, dumplings, hotteok, bindaetteok, knife-cut noodles. Perfect broth, sublimely chewy! I forgot everything else about today except that I have a huge blister.

A woman in a public restroom at the park gave us paper towels from her purse to wipe our hands with.

Wasted a bunch of time because I thought we were locked out of a building when really the door was push instead of pull. Still want to die as I think about this.

We sucessfully hiked Bukhansan! Well, I bit it pretty early.  But I didn’t hurt myself. So that’s a success.

The whole trip was a success, really. Other than the push/pull situation. And all the times we got lost.

Plus two incidents with umbrellas.

But that’s for next time.

5 thoughts on “Why Korea”